About The Author: My True Story of Spontaneous Chakra Healing

I am going to tell you my true story of spontaneous chakra healing accidentally correcting my lifelong myopia instantaneously! 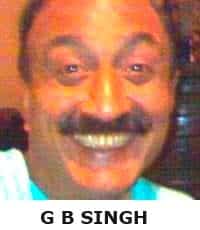 I knew nothing about chakras till I was age 53. Nor did I have any plans to!

I am an electronics engineer and worked as a scientist in the Defense Ministry of India.

On December 12, 2004; it happened so that I was standing in Sarojini Nagar Market, New Delhi, India; waiting for my wife to come and join me for some shopping over there.

And suddenly it happened!

As I fully exhaled once in order to come out of the rigidity of having kept standing at one single place for long, I immediately discovered that I was seeing every single thing crystal clear in the field of my vision far and wide.

I Was A Myopic Before

It was an utter surprise for me! And it was so since I had been a victim to myopia all through my life. I had an error of refractive index in my eyes to the power of -2.25 diopter. Hence I had never seen objects very clear in the far field of my vision. It was without using spectacles which I never did. In fact I had never liked using those crutches over my eyes.

I did not believe what I was seeing. But I had to, since I was really seeing vividly clear. In fact I had never seen so clear ever before, all through my life!

Still apprehending, I closed my eyes once and hesitantly opened them again very slowly. And what I saw was sufficient enough to disappoint me to the core of my heart. This was as I had gone so thrilled just a moment ago! But now everything in the field of my far and wide vision was back to its old habitual blur again.

But by now, my body had preserved some memory of its own. It was an instinctive physical memory of what my body had gone through a few seconds ago. That was when it had spontaneously jumped into the state of a crystal clear vision in its eyes.

I let my body take me along as it tried to repeat the recent maneuver. And to my utter joy, it was there again! That gift of a sudden clarity of vision was back to my eyes!!

Honestly speaking, it didn’t stay permanently with me all the time after. But I was able to jump into this state at will. This was as I kept playing the game of swinging between sudden clarity and old habitual blur of my vision. I kept doing it all through the day, and then the next day, and then next again…

My 2-Year Long Research After

… It continued going like this for the next two full years. My body knew what it had to do in order to be in that state. But my mind was not able to follow the entire complex maneuver that the body was undergoing. I couldn’t assimilate  what my body was exactly doing while jumping into the state of its clear vision. And being a research oriented person, I would not let my mind left behind my body. I wouldn’t let my body settle down in the state without my mind ‘knowing’ what my body actually did. In fact I didn’t just want it done to me. I wanted to KNOW what my body was actually doing in order to reach where it did, everytime.

I began looking for literature around that could have explained what it all was in its subtle dimensions. But the more I searched, the more I got disappointed. Side by side, I was trying to exactly pin point what my body was doing in its length and breadth. This was as it was performing the maneuver every time.

A Ray of Light

What I could put my hands on that stood nearest to what my body was doing to every single part of it as it was performing the maneuver was an otherwise obscure and unclear description of chakras being present in the body affecting the energy flow through it in a negative way as they lied ‘closed’ in it. And there was a certain unclear description of ‘opening’ these chakras, making it all more esoteric than scientific. But a certain similarity between what my body did and what the description of chakras said in an unclear way kept me stuck to the discipline.

Also by now, I had managed to clearly pin point almost every single maneuver that my body was doing to every part of it, and matched its effect with almost every realistically predicted effect mentioned in all those obscure studies of chakras, especially the instantaneous effect that it had on my eyesight.

I Cracked the Code

My body had opened its debilitating chakras in a spontaneous way on December 12, 2004 showing its effect in the sudden clarity of vision; and after two years of day and night experimenting with pin pointing what it was doing to itself in order to be in that open state, I was able to give a clear biological interpretation to an obscure spiritual study of chakras as well as frame a concrete methodology to open all the 7 chakras by re-posturing the body in a way that did not obstruct the flow of energy through the body in its full length from the Root Chakra on the pelvis to the Crown Chakra on the top of the head.

My True Story of Spontaneous Chakra Healing: A New Insight

I had become an author on the subject by now!

Since then, as an author on the subject, I have been doing it to people who come to me either for the pure curiosity of opening their chakras or else troubled by the chronic health conditions, which are miraculously cured by opening the chakras alone.

In my blog posts here as author, I will be explaining every single chakra in terms of its biological rigidities, bringing them into the light of clarity out of their obscure and esoteric description filling all the pages everywhere dealing with their description.

My True Story of Spontaneous Chakra Healing: Discovery of A Strict Postural Discipline

As author, I will also be explaining the effects of opening each one of these chakras on various different chronic diseases and illnesses in the body including the entire chakra system comprising chakra meditation done under a strict postural discipline explaining how to open your chakras, in as much detail as is possible in a written document.

The way I am dealing with the subject as an author is almost a new discipline in itself and if you are even a little bit interested either in the state of health that your body is in or in the summoning of energy that your body can hold inside to raise itself to the higher energy levels, just follow the posts.

You can ask me any question by emailing me on gbsingh@7chakras.org, if you need asking anything regarding me in context with my chakra experience that accidentally happened with me and gave me a clear and deep insight into this very complex discipline as a result of which I as a confident author on this topic am able to clarify all the confusions anyone has regarding the same today.