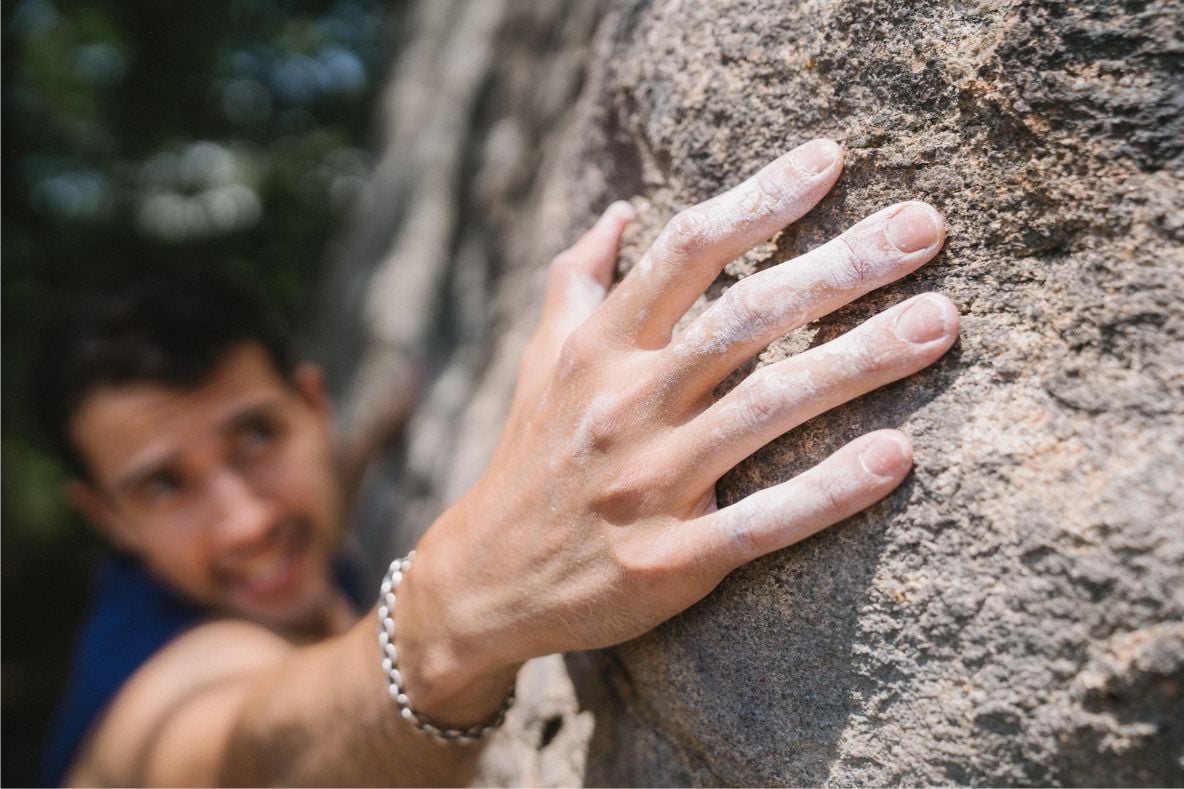 At 7 Chakras, we offer Guided Meditation for Dopamine Boost in Bangalore to facilitate dopamine increase in central nervous system. 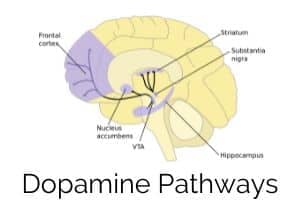 In the central nervous system, dopamine acts as a neurotransmitter from generator nerve cells to the rest of them. This transmission is controlled by dopamine pathways. The most important of these pathways deals with reward-motivated behavior activating anticipation of various kinds of rewards. Other pathways control the release of various other important hormones.

Thus dopamine primarily works as a motivational brain chemical inside the central nervous system imparting a targeted direction to life. Apart from motivation and motor control, it controls arousal, reward and reinforcement as well as lactation, nausea and sexual gratification. In that sense it passes as an anticipatory pathway to the entire process of seeking and rejoicing pleasure.

On the other hand, outside the central nervous system, dopamine acts as a local paracrine messenger. There it controls the functions of blood vessels, kidneys, pancreas, digestive system and immune system. Dopamine dysfunctions are responsible for Parkinson’s disease, schizophrenia, restless leg syndrome and attention deficit hyperactivity disorder (ADHD).

That’s why and how guided meditation for dopamine boost to facilitate dopamine increase in and out of CNS makes sense. 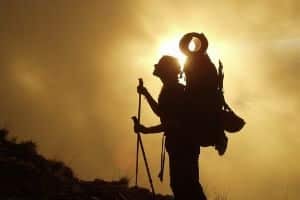 Let me tell you a real story from my life. It was when a sudden dopamine boost facilitating dopamine increase even without guided meditation saved my motivation and my life.

It was in the year 1992 that I visited  a beautiful high altitude valley in the Himalayas named Manali. I had already booked a cottage for a month-long stay over there. We were three in our family; my wife, my six year old daughter and I. We kept enjoying our stay doing something new everyday. 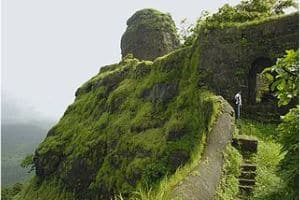 We started our trek and kept moving along the river upstream. But after around half an hour of our trek, the river got us stuck. It was taking a sharp turn there after hitting a high rock on our side of the trek. So, there was no way to go ahead. We got a little disappointed. I looked around the hill on the side of the river. In fact I was looking for a bridle path hoping to climb a little up and move along the river down. That way we could have circumvented the sharp turn and climbed down to the river ahead the sharp turn.

Help from The Hilltop 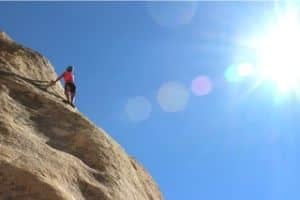 As I was investigating the visible bridle paths, I spotted a man standing at the hilltop looking curiously towards us. I shouted aiming my voice in his direction, “Hey!”

“Hey!” the man shouted back from the hilltop.

I explained to him in my sign language what we were up to.

Seemingly being a local, he immediately understood what we wanted. He threw a fleeting look along the bridle paths up the hill. Then he looked down around the river bend, and then waved at us to climb up.

As we started climbing up, I spotted him coming down towards us as well. That surprised me a bit. But as we climbed a little up further, I realized why he had made his way down. As we reached a nearly horizontal patch lined up with a nearly vertical rock, we found him standing up there.

What a spirit of helping us in our excursion did he have with his curious involvement in it! He smiled sitting at the top of around 7 feet high rock tilted around 105 degrees to the patch.

“I had seen this rock from above and I knew you would need my help to climb it up,” he said, smiling.

“Thanks a lot!” I felt grateful. As I looked down once from where we were standing, I found we were exactly vertically up the bend. By then we had climbed a height of a few hundred feet. 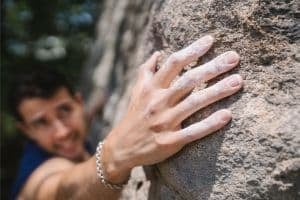 By then the man lied down on the top horizontal patch at the top of the rock on his stomach. From there he hung his arms down along the slope of the rock. First, my wife held his hands and I pushed her from behind as he pulled her up to the top. 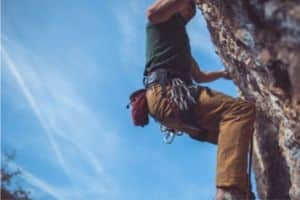 We looked into each other’s eyes and then down at the river bend flowing roaring ferociously.

“Disappointing,” he sighed back dropping his head on the top of the rock.

“Hey! Is it really impossible?” I looked at the height and the slope of the rock.

“Not exactly, but yes, almost!” he opined.

“Why don’t we do it! I can push myself up with all my might,” my adventure bug bit me further.

“I don’t bother about myself. But you have a family along. If you aren’t able to make it the very first time, we both will be down there. In the gushing water below, flown away… not to be found even with our dead bodies ever! Also a falling man catches at a straw. You won’t even be able to leave my hand pulling me down along,” he explained what all it could entail.

“Oh, then send them back and we will go down the way we came up from,” I felt concerned about a stranger’s life not to be jeopardized.

“But I won’t feel good!” he exclaimed as he looked into my eyes intently.

I kept looking back into his. 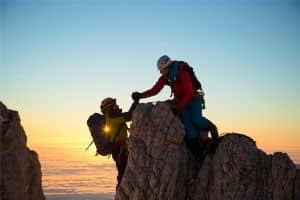 “Okay, let’s do it. Just take care to sync your push with my pull exactly at the same moment,” he finally gave his verdict.

“Think twice before you say yes,” I said.

We both started counting aloud, “ One, two, three!”

As we counted three, I found myself lying along him up on the patch at the top of the rock. Two sighs of relief from the two of us and we smiled calmly looking at each other’s face!

By then, my wife and daughter hadn’t even come to know what we both had come up through.

My mind was just empty as it remained empty for a long while after.

I thanked my sudden dopamine boost facilitating my dopamine increase without a guided meditation, saving my motivation and my life. 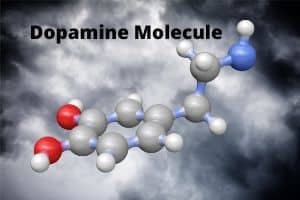 One of the few studies to investigate the phenomenon found a 65% increase in levels of the neurotransmitter dopamine in a part of the brain called the striatum as people practised yoga nidra (a meditative state halfway between waking and sleep). As well as helping to control movement, dopamine release has been linked to every kind of pleasurable stimulus, from music, food and maternal love to humour, sex and money.

In 2013, scientists led by Michael Hagerty at the University of California, Davis, demonstrated that meditation can activate our reward system in the absence of any drug or pleasurable external stimulus. Using EEG and fMRI (electroencephalography and functional magnetic resonance imaging), they monitored the brain activity of an expert meditator as he practised jhana, which involves focusing on the breath until a state of highly focused, undistracted “access concentration” is reached, followed by four progressively deeper jhana states.

The subject himself compared the first jhana to “continuous multiple orgasms”, the second to “opening a birthday gift and getting exactly what you most wished for” and the third to “postcoital bliss”. Unfortunately, the researchers were unable to obtain reliable readings from their equipment as the subject attained the first jhana because his head moved inside the MRI scanner, but during the second they recorded significantly increased activity in his nucleus accumbens, a key component of the brain’s dopamine reward circuit. 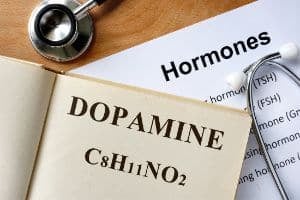