Crown chakra diseases that are associated with the crown chakra aka Sahasrara chakra are essentially the same that the third eye chakra is responsible for, i.e., vision problems of myopia, hyperopia, presbyopia and astigmatism; chronic headaches and all the mind games we play creating signs of stress not only in our mind but also in our body. 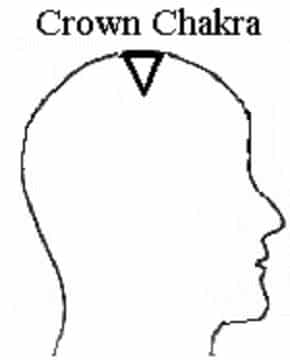 Opening the seventh chakra is simply the full blossoming of the seed that the opening of the sixth chakra plants in the skeletal alignment of the various different joints in the skull.

What an open third eye chakra does in the very center of the face in the mid of the two eyes elongating the skeleton of the skull over there; an open crown chakra extends the same in the total width of it, elongating the full face vertically along with widening it horizontally, thus turning it fuller in its sleekness.

Hence, the seventh chakra is indirectly responsible not only for crown chakra diseases but also for all the diseases that all the seven chakras in human body are associated with.

What we need doing is culminating the opening of all the rest of chakras in an opened crown chakra aka Sahasrara for good in order to sustain the health benefits that we acquired by opening all the body chakras separately, i.e. seven chakra in our body, one by one by one!

Do you need asking anything regarding crown chakra diseases or any other disease concerned with chakras?