Anatomy and Physiology of Sacral Chakra aka Svadhisthana

The anatomy and physiology of the sacral chakra aka Svadhisthana – at times, also called the sex chakra due to its effect on sexual urge, sexual potency and sexual performance – are as much attached with those of the root chakra aka Muladhara as with those of the next chakra in succession, i.e., the solar plexus chakra aka Manipura. 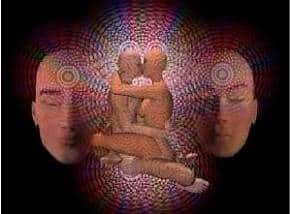 In fact at least the first five of them, if not all the seven, make a continuum. They instill their formative causes in the anatomy as well as their consequent effects on the physiology. Each chakra also affects its neighboring chakras in our biological system. This is apart from its affecting the spiritual energy level that our mind body system is able to hold inside.

The first five are the chakras located in the torso whereas the last two have their abode in the skull. There they replicate the torso like distortions to the skull as such. Only it’s so in a more intense and a more complex way in the skull. In fact in the skull it affects the anatomy and physiology of the organs and the systems over there alone!

And out of the first five, it is the sacral chakra aka Svadhisthana playing a detrimental role in sex life. It’s as far as sexual urge, sexual potency and sexual performance are concerned.

As I elongated my abdominal area between my pubic parts and my thoracic diaphragm, by raising the diaphragm up while keeping my hips pulled backwards, many interesting things started happening in the body. I said ‘started happening’ for they didn’t immediately take place as I did the maneuver. It was making the maneuver a permanent feature of my posture that did the job. 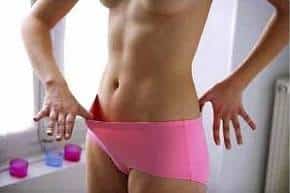 What it did the next was giving me an additional perception of further opening up my urethra, which proved itself right as I further increased my frequency of urinating through the day. I came to realize that I had been keeping my urinary bladder unnecessarily filled up with urine. It was without even sensing its pressure for quite a long duration of time before. Now I had started getting an urge to empty my bladder in around every 45 minutes. It made me go for urinating around 20 times a day as opposed to only 6 or 7 times before.

I had started feeling much lighter in my abdominal and the pelvic areas now. In fact I was turning more sensitive in those parts of my body.

And for certain could I hold much more of sexual energy in my body for much longer durations of time. It increased my sexual urge, sexual potency and sexual performance to a real considerable extent!

Do you need asking anything regarding the anatomy and physiology of the sacral chakra aka Svadhisthana?

You may also like Sacral Chakra Diseases: Premature Ejaculation & Impotence.