Nowhere is chakra healing so directly effective as in lower back pain and upper back pain relief. A permanent relief comes through opening chakras in the torso. 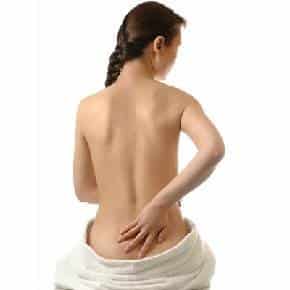 It doesn’t mean that it’s anyway less effective in relieving other ailments in the body. It only means that the very procedure of opening chakras, especially in the torso is the key. And it directly takes care of eradicating the most immediate causes that generated these pains in the very first place.

This is what the natural state of these muscles in the body is. And we as members of the still evolving human species almost never maintain this natural state. 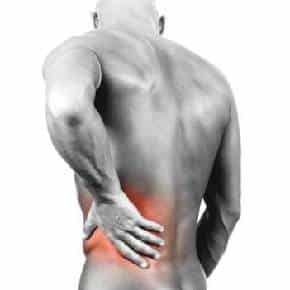 Mind it; I am not talking of giving these muscles a round of physical exercise for a while. What I am talking about is posturing them in a way that they naturally stay contracted for all 24 hours. It’s to be so whether we are up awake or are lying down to relax.

The real relaxation of the total body musculature comes effective only when muscles supporting the lower back are in contraction. They are relaxed when they are contracted rather than when stretched or else lying lethargic. It’s contrary to the majority of the other muscles in the system that need stretching for the same purpose.

As you start maneuvering opening chakras for chakra healing, these muscles immediately come into action. They give a very uneasy feeling for around 72 hours continuously. After that they get used to the maneuver. They build up enough strength in them to take care of the lower back pain relief in an automatic way. You just do not need doing anything else for the purpose. And the results you get are there for good, for life. 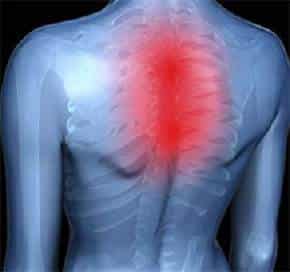 As far as upper back pain relief is concerned, the chakras that take care of it are the heart chakra and the throat chakra in the chakra healing maneuver. As the two of them are opened in conjunction with each other through relaxing the pectoralis minor and the pectoralis major muscles, the muscles in the upper back instantaneously assume their right contraction and stretching modes in the most natural way whatever is required wherever, imparting the right curves to the backbone that it must be maintaining naturally in a correctly postured human body.

Here I want to warn humanity about the mistakes it has been making since long. It’s there in posturing the human body in two of its main institutions. The first one is the ‘Army’ all over the world and the second is the faculty of ‘Body Building’. Both of them tend to posture their upper backs in the most ugly and unhealthy way. That is as they assume an erect posture of their bodies. It ultimately gives them a real tough time in their life. It afflicts them with not only the upper back pain but also the lower back pain later in life.

You may still want to add some extra remedies along with chakra healing to speed up the process as catalysts. In that case, I would strongly suggest you to go for naturopathic options alone.

The reason is that they both belong to the same category of back pain relief. Both of them are rooted deep in the natural processes alone.

I recently checked Get Rid of Back Pain by Rachel Williams and read it thoroughly in 8 extended sittings. I can easily sit for long hours if something interesting and exciting is there to keep me glued to it.

The sittings included hours of reading 8 ebooks that came as a package.

Seven bonus books in the package along with the main one were all focused at the same back pain issue. Written in a very simple yet effective language, their content is to the point and up to the mark.

Disclosure: Get Rid of Back Pain is an affiliate link. And if you buy it from here, I’ll get a little compensation to refer it to you. But don’t worry, you will NOT be charged for that in its prices! In fact the sellers pay it from their own pocket.

I am referring it for its quality, not for my petty compensation.

As I said before, I am referring it to you based on my thorough investigation and satisfaction with it.

Use Get Rid of Back Pain as your secondary remedy along with chakra healing as the primary one. And you will not only get rid of back pain alone but also of all other lifestyle diseases you might have. As a bonus, you will also increase the energy level in your mind body system considerably.

Do you need asking anything regarding chakra healing effecting the lower back pain and upper back pain relief?

You may also like Chronic Headaches: Headache Relief with Chakra Healing.