Anatomy and Physiology of Solar Plexus Chakra aka Manipura

The anatomy and physiology of the solar plexus chakra aka Manipura are associated with those of the respiratory system. 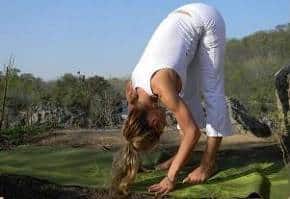 As you dissolve your chakra, the pressure exerted over the lungs by a contracted thoracic diaphragm gets released, and they go free to inhale and exhale full. The respiration goes smoother and calmer.

As a result, the heart gets more supply of the purified blood and functions smoother too.

But it is not limited to that only. Their association extends to stomach as well. As the stomach releases its hold over abdomen, it comes on its own; bereft of any support it was taking from below.

I realized that in coming on its own, the stomach develops an acute sensitivity. This sensitivity tells it when to stop eating which it was less able to sense before.

As a result, overeating immediately comes to an end. Hence it takes a naturally spontaneous care of the tendency to put on weight.

Once the stomach gets its signal, it just refuses to take in more to eat. In fact being on its own it starts feeling heavy if it has ever overeaten.

What is true of overfilling is true of its being empty as well. The appetite tends to increase and stomach digests better than it used to do before. Hence ingestion improves too.

It proves to be a boon for the underweight people who tend to gain weight. It’s all courtesy the new posture that they have adopted for dissolving the chakra.

Also since the lower abdomen goes absolutely flat, it acts against the acquired lethargy of the large intestines. It also acts against the rectum to keep the digested food held up inside. Thus it cures constipation to a great extent.

Dissolving this chakra also pulls the muscles of the lower back out of their lethargy zone. Thus it strengthens the lower back and as a result making it much easier and smoother to walk. It also makes it easy to bend down and lift heavy weight if and when a need arises so.

Do you need asking anything regarding the anatomy and physiology of the solar plexus chakra aka Manipura?

You may also like Solar Plexus Diseases: Belly Fat, Lower Back Pain and Asthma.