And then it happened a little higher up than the root! It was the second chakra – the sacral chakra – this time, called Svadhisthana in Sanskrit and its body anatomy, which had come into the action of dissolving its complex, rigid musculature around the sacrum. 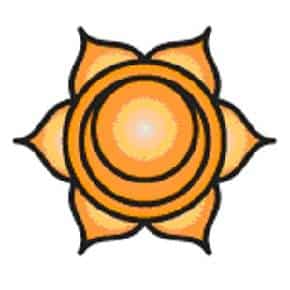 Sacrum is a bone resulting from the fusion of two or more vertebrae between the lumbar and the coccygeal regions, in humans being composed usually of five fused vertebrae and forming the posterior wall of the pelvis.

This triangular segment of the spinal column forms part of the pelvis and closes in the pelvic girdle posteriorly. It forms between the ages of 16 and 25 by the fusion of five originally separate sacral vertebrae. And it also articulates with the last lumbar vertebra, the coccyx, and the hipbone on either side.

My body rose up in the air just above my hips taking my thoracic diaphragm up along.

But its maneuver was very simple. In fact it happened spontaneously by just straightening the middle discs of the spine. Generally it often makes a curve as we sit on a sofa or in a chair. More so when we take the rest with our back reclining against the back of the seat!

What it does is that it simply contracts both, the stomach as well as the abdomen. In fact it curls them up over each other. Thus it shortens the length between the pubic area and the thoracic diaphragm.

And then we make it a part of our habitual posture. It’s so whether while sitting, standing, walking or even while lying down!

Under such condition of posture, the area under constant constriction tends to accumulate fats over it. In fact it’s in addition to many other wrongs that it does to our biological system.

We’ll talk about the effects of a closed second chakra  on the physiology of various different systems connected with it. Just wait for our next blog post to come!

Do you need asking anything regarding the body anatomy of the sacral chakra aka Svadhisthana?

You may also like Anatomy and Physiology of Sacral Chakra aka Svadhisthana.